First, I was going to call this post the best and worst countries, but that would have been misleading. There really weren’t any “worst countries”. All the countries we cycled through offered their own highlights and challenges. Hence, the title country comparison part one, instead. Part one, because there was too much to include all in one post. 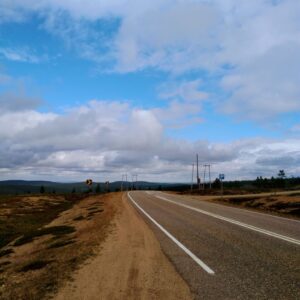 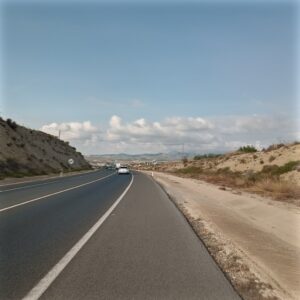 This really surprised us, but the country where we did the most climbing was Finland. We expected it to be France or Germany, maybe even Spain, but no.

In total, we climbed 27,503 metres. About 11,000 of that was in Finland. They weren’t the longest or steepest climbs, but they were endless. Or so it felt. I think we had one day when we were on flat roads.

All that climbing was tough. Partly because it was still early days, and we were building our strength. Partly because the climbs were not that long. With longer climbs, you get longer downhills and a longer break from pedalling.

The Finnish roads we cycled on didn’t give us much respite from pedalling because the downhills, like the uphills, were quite short. Some days, it really was relentless. But it gave us a good grounding for the steeper and longer climbs that were waiting for us on mainland Europe. 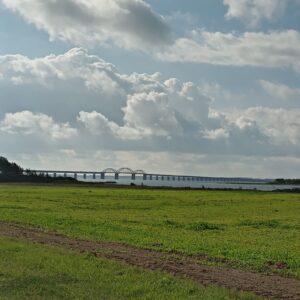 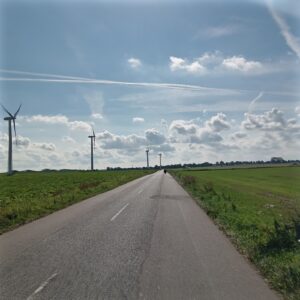 The open landscape of Denmark

Those of you who have been following the journey from the start (thank you for sticking with us, by the way), know that we had a headwind for most of the journey.

It wasn’t until we got to Spain when we got a couple of days with tailwind.

We didn’t face strong headwinds every day. Some days were pretty still. But when we had windy days, it was always working against us, not for us. And wind, it’s worse than rain. It really is. You have to work so much harder to cover the distance.

It can play havoc with your riding goals.

Which is what happened in Denmark. We expected it to be a breeze cycling through Denmark with great roads and flat lands. But those flat lands do nothing to stop the wind. We hadn’t counted for that.

It was strong and relentless. And so frustrating. It felt like we were going uphill all the time.

Cyclists coming towards us were flying. I bet they didn’t mind the wind. We did. And though the Danish roads were great to cycle on, and we had some excellent cycle lanes to follow, too, what we remember most about cycling in Denmark is the wind.

The Most Rain vs The Most Sunshine 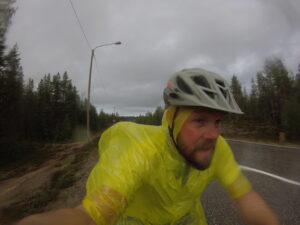 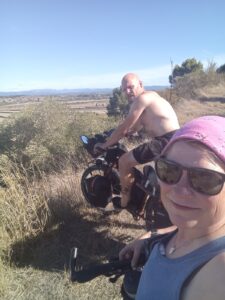 We got a couple of proper soakings in Germany and in France, but the wettest weather we had was in Finland.

As everyone in Finland was keen to tell us, the summer had been great, with warm days and plenty of sunshine.

We, too, enjoyed beautiful summer days in the run up to the ride and the first two days of the tour were great.

But then it changed. It got wetter and windier and we had some cold days’ rides and nights before the warmer weather returned the day we got to Tampere.

We always expected to have the best of the sunshine and warm temperatures the further south we got and Spain did not disappoint.

France was pretty good too, with lots of warm sunny days, but it wasn’t until we got to Spain that the sun really hit us. It was bliss. And so were the warm nights after weeks of cold nights and mornings.

Thank you, Spain, for living up to your reputation and giving us plenty of sunshine love. 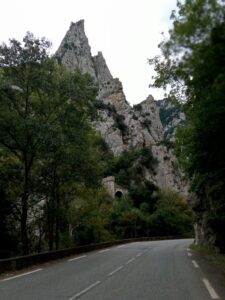 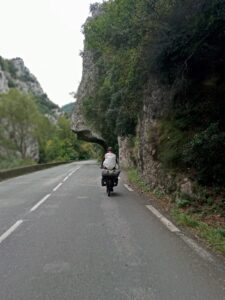 The majesty of the Pyrenees

One of the best things about the ride was that the countries we rode through were so different in the scenery they offered us.

Finland gave as forests and lakes, Sweden and Denmark fields and quaint villages and Germany picturesque towns and villages, cornfields, hills and rivers. France treated us to beautiful riverside routes and Spain the Pyrenees and the seaside.

So how can we compare them? We can’t really.

However, the most majestic views were after we left Limoux and headed towards the Pyrenees. We also loved the contrast in Spain. One moment we would cycle along a sandy beach, the next climb high with stunning views of the sea.

The least exciting were Sweden and Denmark. The fields got monotonous. You can’t really get excited about kilometre after kilometre of fields. There were moments when the scenery changed, for example, when we reached the Lake Vättern in Sweden.

But we were definitely ready for something different when we reached Germany. And, of course, had we chosen a different route, the scenery in Sweden and Denmark could have been very different. 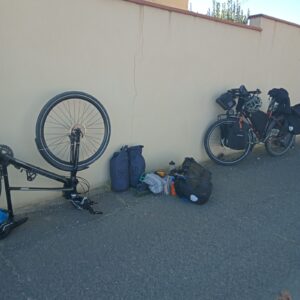 Overall, we got away with a very few punctures. It’s quite amazing, really.

Cycle routes were fine, so were the roads that ran close to the beach and tourist resorts, but away from the cycle routes or the tourist areas, the amount of litter was awful.

It was upsetting to see the amount of litter both in France and Spain. People just dumping it out of their car windows. There were plastic bottles, drink cans, sweet wrappers, broken glass, you name it.

Not only was the broken glass in particular a pain in the ass, but it is sad how little people care for their environment. You brought it with you, so take it home. Or find a bin. Show some respect to the environment. 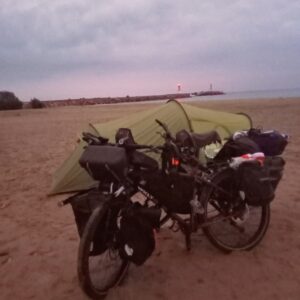 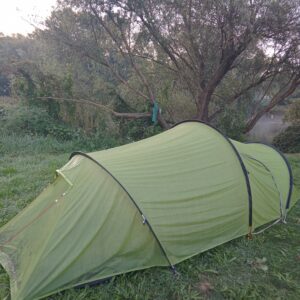 A couple of our semi-wild camping spots

We spent most of our journey camping “in the wild”. Finding suitable spots for putting up your tent is a lot harder than it seemed from the countless videos we watched before the ride.

At first we tried to do proper wild camping, but it was difficult to find places that were suitable for a tent. In many places that we tried, the ground was too rocky, too lumpy, the grass too long, or the trees too close together.

Which is why most nights our camping was, shall we say, semi-wild. We were not sleeping at campsites, although we did this occasionally to have showers and charge our equipment, but neither were we putting our tent up in deep forests either.

Most nights we found a spot on the outskirts of a town, in a park or by a river or lake. Once it was a football pitch. Once a graveyard.

The problem with semi-wild camping was that we probably were not supposed to put our tent up in those places. We always looked for “no camping” signs and if there were none in the vicinity, up went the tent.

As for actual camping sites, the best ones were in Finland and Sweden. They are better because you get proper kitchens to cook your food in. Sometimes they have tables and chairs, too. Especially great when the weather is colder or windier and you want a bit of shelter while cooking and eating.

We didn’t find any kitchens at the campsites in Germany, France or Spain. We thought it’s pants, frankly. Some of those campsites were fairly pricey, too, and then you don’t even get a kitchen to cook your food in. It really isn’t worth paying over €20 just to use the shower once each and a toilet a couple of times.

We’d rather do our business in a bush and have a dip in the lake or a river for our morning wash. And when we couldn’t, there are wet wipes. Generally, we’re not fans, but they came in handy on the road.

That’s it for part one.

2 thoughts on “Country Comparison Part One”