It was such a relief to get on the plane and know that we were headed to Finland, finally.

The whole experience reminded me why I stopped flying with Ryanair years ago. It was only the cheap price that tempted us. We will not be using them again, ever, no matter how cheap they might be. Some things are definitely worth paying more. 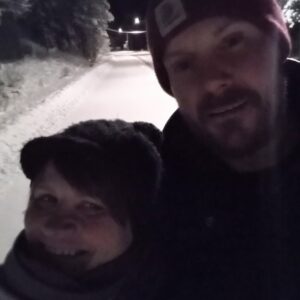 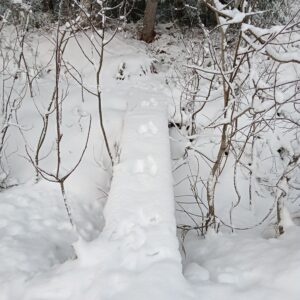 But even once we got on the plane we had to adjust our plans.

We had planned to stop for a night in Helsinki at my sister’s, place, but they got COVID. All of them. So we couldn’t go to theirs and neither could our bikes.

When we booked the courier for our bikes, we booked them from Torrevieja to Helsinki where my sister, Päivi, was going to keep them in her workshop until we got there. Once there, we were going to take the bikes on the train with us.

But with COVID visiting, Päivi couldn’t meet the delivery guys and sing for the bikes. So, once again, we had to change our plans. No biggie. The ride was definitely a good lesson in adaptability.

Instead, the courier would bring the bikes to us in Kuusamo. We hoped they would arrive there pretty much when we did. But in the end, we only got them just before Christmas. 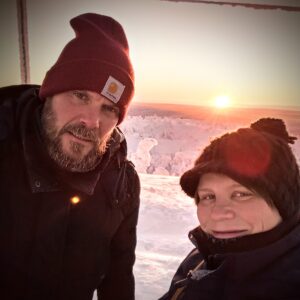 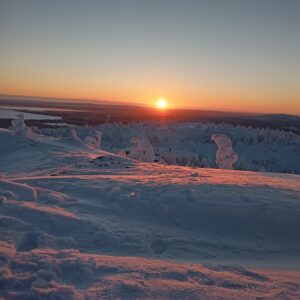 They were sitting in a warehouse at Vantaa for weeks. The reason was COVID again because the delivery company had serious staff shortages. But eventually we were reunited with our beloved bikes that had taken us all across Europe.

I mentioned in a previous post how everything fell in to place like magic once we got to Finland. We took it as a sign that we had made the right decision to make a major life change.

We had work sorted already, now we only needed to find somewhere to live. Considering that there is a shortage of rental properties in Kuusamo and Ruka, particularly during winter with a lot of staff moving here for the skiing season, we got lucky.

We found the perfect flat. Although it really is more like a terraced bungalow. We are not really sure what to call it. Except home. 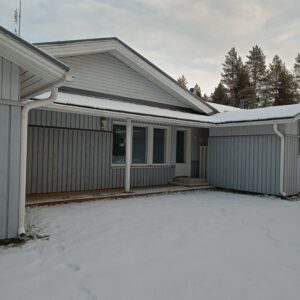 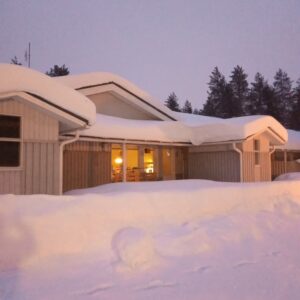 Our home when we arrived and now with months of snow.

While we were still in London, my parents placed an advert in the local paper and I posted in a local Facebook group. We got a couple of replies via Facebook, but the best one came from the newspaper advert. Some things (and people) are delightfully old school here.

The pictures looked good, too, so we went for it without seeing the place first. It was that or risk someone else taking it first.

The timing was perfect, too. It was available from the 22nd, which was a week before I started my skiing instructor training. And it gave us a few days in Raahe to sort out various things related to the move first.

It was definitely weird, and scary, to take the flat before seeing it first. However, I had a feeling that it was going to be good. And it turned out to be better than good. It is really spacious. We have a small garden and it even has a fireplace and we are next to a lake.

We were happy we took the chance on the place and trusted that things work out. 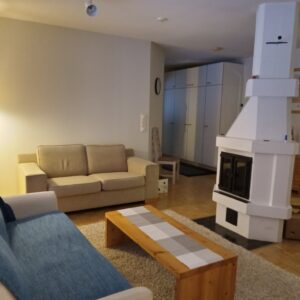 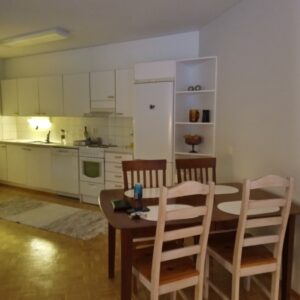 Before we headed to Kuusamo, we had to sort out Justin’s residence permit application. It was really straightforward. We filled in the application online first and then Friday had an appointment at the Immigration Office in Oulu where he had to go to prove his identity.

At the time of writing, the application is still in progress. The estimated time is three to six months, so we are about halfway through waiting.

We also had to take care of other moving related business, like opening bank accounts, filling in forms to change addresses and so forth. All necessary but rather dull, so I won’t go into details.

Before I sign off, just one more thing to mention. We also got a car thanks to my dad. I needed a car for my commute to the skiing resort. There is a bus, but it doesn’t start early enough in the morning.

I accepted the job without even looking into how I would get to work. Or where exactly we’d be living. But as I said, it all worked out perfectly.

My dad found us a car, a Toyota Yaris, online. He also lent us the money to buy it. Zoom in for a close up of the happy driver. 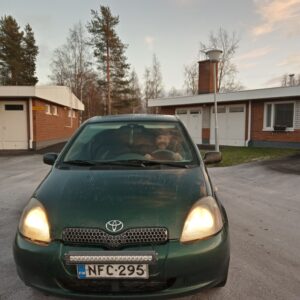 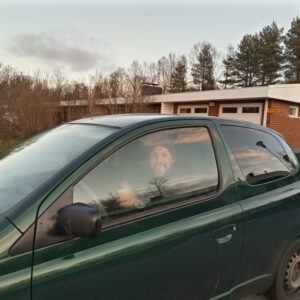 It really was quite crazy how everything worked out like magic. Within less than a week after arriving, we had a home to move into. We had a car, jobs and the residence application in process.