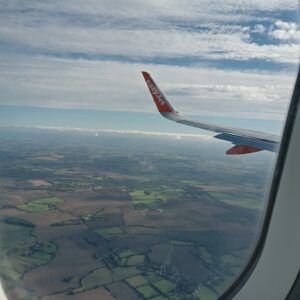 Holidays are always nice. The pleasure of doing absolutely nothing put to soak up the sun, have great food and some drinks. But rarely have I looked forward to putting my feet up as much as I did at the end of the ride.

We loved the journey. Of course we did. Otherwise, we would hardly be planning our next trip already.

But it was tiring. Both physically and mentally. The pace we had to keep because of the 90-day limit meant we had limited windows for rest during the journey. Most days were long, with getting up at the crack of dawn and setting up camp at sunset.

So yes, a week of rest was definitely welcome. 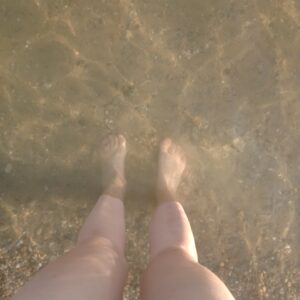 The weather had got warmer and warmer the further we got along the Spanish coastline and we enjoyed some cracking weather in Torrevieja.
How pleasant to just sit in the sun with a cold drink in your hand!

We had planned to do some leisurely exploring of Torrevieja on our bikes, but the crank breaking on Justin’s bike put a stop to that plan. But then again, we were quite happy not moving much at all for the time we spent there.

We walked to the beach one day. And went shopping with Justin’s mum a couple of times. Other than that, we rested.

And sorted our return. Which was not that straightforward. Organising it all was a headache. Cycling was a lot easier.

The plan was to fly straight back to Finland. But true to form, our plans changed again. There were no direct flights to Finland from the two nearest airports. But that wasn’t even the biggest problem. 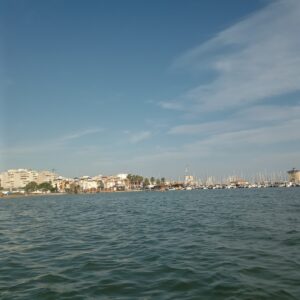 The problem was the prices. The cheapest flights we could find were over £400 with two or three changes and about 23 hours! We could have flown to Australia in less time!

There was no way we would have paid that kind of money for a 23 hour journey. And that was the price without the bikes.

So we had to come up with another plan. We would fly to London first for a couple of days and then from there to Finland.

That worked much better as there were plenty of cheap flight from Alicante to London. But what to do with the bikes?

If we had taken the bikes with us, we would have had to get a people carrier from the airport and then back to the airport. Too much hassle and too much money.

In the end, I found a Finnish courier company that does regular trips between Fuengirola (the hub of all things Finnish in Spain) and Finland to transport our bikes to Finland at a reasonable price. 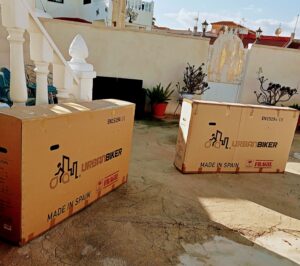 Eventually, we had our flights sorted, and a courier arranged to pick up the bikes.

Justin’s mum’s neighbour took us to the airport and off we went.

The rest should have been easy. Get back to London, take the tube to Ravenscourt Park and meet Justin’s brother who was bringing us keys.

We couldn’t buy the tickets.

We both use our phones to pay and you can’t use them to pay for tickets at the ticket machines. Maybe we could have paid with a phone at the window, but there were none open. We couldn’t even use cash because we didn’t have enough on us and couldn’t get more out of a cashpoint with a phone. 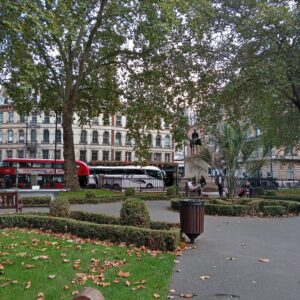 So we thought, let’s get the bus. I was googling which bus to get when my phone ran out of battery. It lasted long enough to see which bus to get. But now we only had Justin’s phone to pay for the tickets. And you can’t double tap.

Which meant we couldn’t get the bus either.

In the end, we had to call Justin’s brother to come and pick us up. At least he was already coming to meet us in Ravenscourt Park, anyway. It was a relief to get to Justin’s mum’s.

If only that would have been the last of our travelling woes. They weren’t. There was more in store when we flew to Finland. Three weeks later.

P.s. Have you subscribed to our newsletter yet? Be among the first to hear about our new plans.

3 thoughts on “From Torrevieja to… London”