Last time I wrote about the most important lesson, which was to do with maps.

Before I let you know what happened after our little mishap, I have to say that life on the road and finding our way has since got a lot easier. I now have a new phone with better battery life thanks to my sister sponsoring us. It means we can use the navigation tool on Google maps.

Although sometimes it can be tricky to decipher what the navigation lady says. Her pronunciation of foreign street names isn’t great. It makes me giggle every time when she pronounces väg as vag. Juvenile humour; I know.

But had we not gone slightly wrong and ended up somewhere different from planned, we would be one great encounter poorer. So sometimes the Universe has its own way of looking after you. 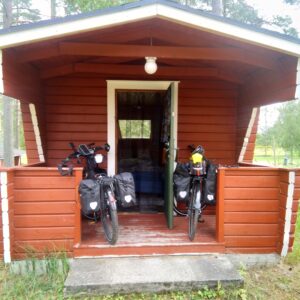 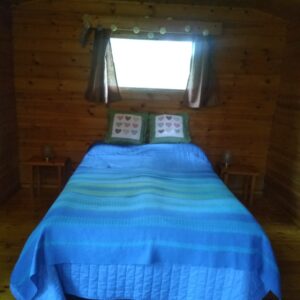 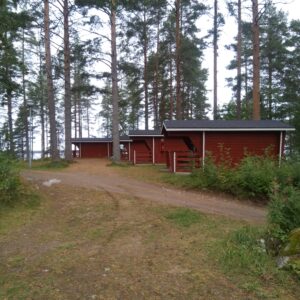 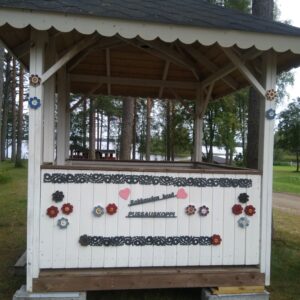 After we missed our turning and added extra kilometres to our route, we were predictably in low spirits. It didn’t help that it started to rain again and the temperature plummeted to below ten degrees.

Battling the elements, we made it into the small town of Kyyjärvi (Viper Lake in English). Luckily, the campsite we had spotted on the map was close to the town centre. With warm showers and dry clothes on our mind, we made our way to the campsite.

We arrived there cold and damp. As soon as we walked into the reception, the man behind the counter (Roope, who turned out to be one half of the managing team), noting our miserable state, offered to warm up one of their little cabins and a sauna for us.

When we asked how much that would be, since we are travelling on a budget, he said, “Don’t worry about it. Everything will be sorted.” 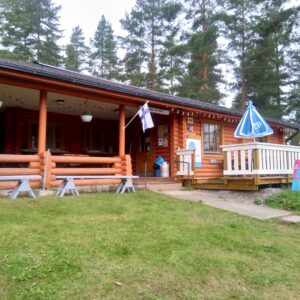 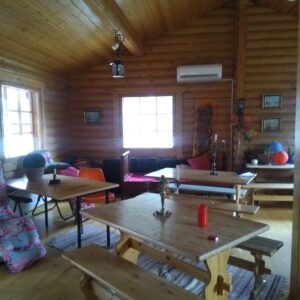 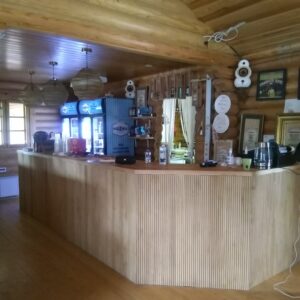 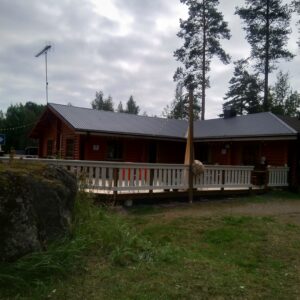 He gave us hot cups of tea and seated us next to a patio heater, which he brought indoors. Meanwhile, the radiator he’d switched on in one of the small cabins did its wonders.

After tea, we had a beer with Roope and his partner Riikka. They told us they had only recently taken over the campsite. It had been closed for seven or eight years until they happened across it and reopened it in June.

If you stay at the campsite and meet them, ask them for the story of how they came to run a campsite. It’s not mine to share.

It’s weird the campsite has been closed for so long as it is in a beautiful location by a lake and there isn’t anywhere else to stay at Kyyjärvi. The weather was miserable when we stayed there, but it’s easy to imagine how wonderful the place is when it’s sunny and warm. Or covered in snow in the winter.

Roope and Riikka have made lots of improvements to the site already, including a large outside patio and a tent sauna. They have hosted events throughout the summer and it’s worthwhile keeping an eye on their Instagram of you live anywhere in the vicinity or are passing by, as they have plenty of ideas for the autumn and winter, too.

One of the best things about our stay at Kyyjärvi Camping, other than meeting the wonderful and welcoming hosts, was our first tent sauna experience. 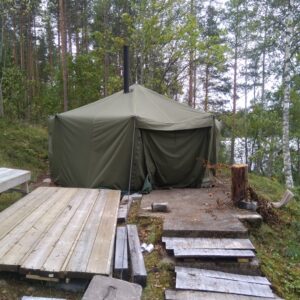 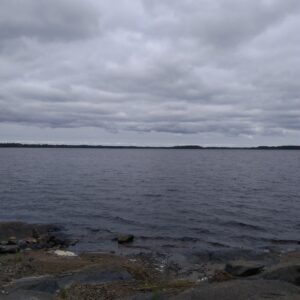 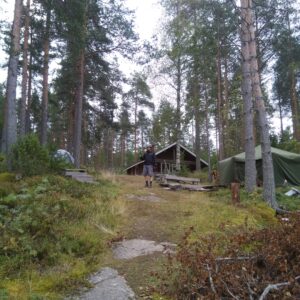 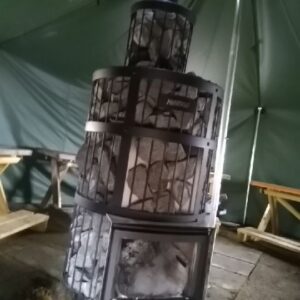 This tent sauna was big enough for twelve people and boasted an extra large kiuas (the stove you throw water on) in the middle of the tent. The seats were around the stove in an almost full circle except where the door was.

The temperature in the tent sauna was lower than usually in a sauna and the air really moist. When we threw water on the kiuas, it created so much steam it almost felt like a steam room. But better. Lots better.

I’m aware I might be going on a bit about this sauna, but it was just so great. If you ever get a chance to try a tent sauna, take it. And let us know if you loved the experience as much as we did.

We certainly could have sat there for hours, but it was already getting late and we needed to get to bed at some point, so called it time after an hour. To put it in perspective, we normally stay for 20 – 30 minutes in a sauna.

After sauna we had a couple more beers with Roope and Riikka. We chatted some more about their plans for the site, our journey and life in general. It was close to midnight before we crawled to bed.

With a proper autumn chill in the air, it was great to crawl in to a warm bed with a proper mattress. I have learnt to appreciate the things, like a proper bed, we take for granted so much more since we have been bicycle touring. It must have been because of our first night in a proper bed for a while that we slept so well and woke up a few hours later than usual. 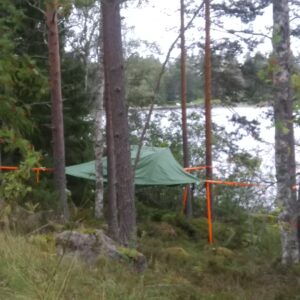 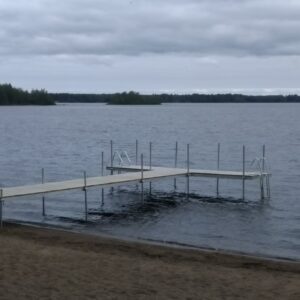 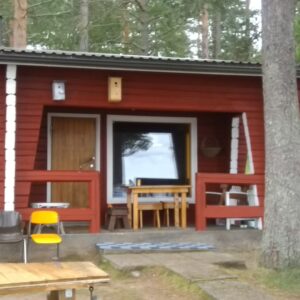 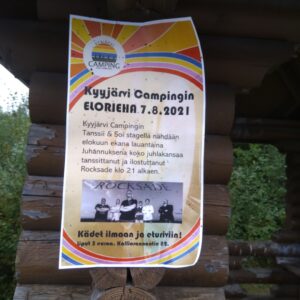 In the morning, after cups of hot tea and some breakfast, it was time to say goodbye to our wonderful hosts. We are so grateful for the hospitality they offered us for free and really enjoyed meeting them.

If, or when, passing Kyyjärvi on your travels, make sure to stop at their campsite. And say hi from Reija and Justin!

Next, the journey continued towards Keuruu where we met more wonderful and generous people. To make sure you don’t miss it, order a newsletter here.

Disclaimer: our opinion of the campsite and indeed the sauna would be the same even without the free hospitality. It really is a great place in a great location with great hosts and events. Even the Finnish media thinks so as the campsite was recently featured in the YLE TV news.