Our London stopover was supposed to be for a few days only. Get there, book our flights to Finland and off we go to start our Finnish life.

But those few days turned into three weeks. Once again, it sounded like things were going way off plan, but in the end it couldn’t have worked out much better.

A little reminder that sometimes, just when we think things are not working out at all, the universe is rearranging everything in our favour. 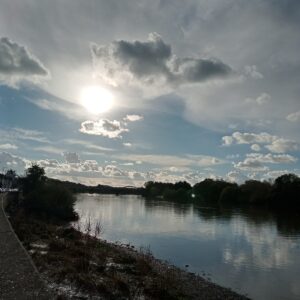 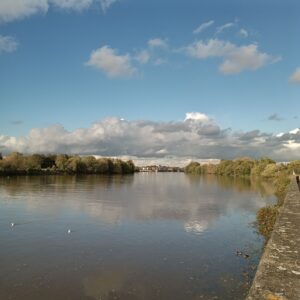 The main reason for the delay was linked to Brexit. In the old days of UK still being part of the EU, moving to Finland would have been straightforward. With Brexit, we needed to apply for a residence permit for Justin (which, at the time of writing, is still being processed).

The second sounded the obvious one, but on closer inspection, the last one was the best. It not only allows the applicant to work while the application is in process, but it is also the cheapest. A lot cheaper than the others in fact. We are talking hundreds here.

However – there always seems to be a however when talking Brexit – if the family member is Finnish, then s/he needs to have lived in another EU country for at least three months. Still pretty straightforward. Or it would be if it weren’t for Brexit. 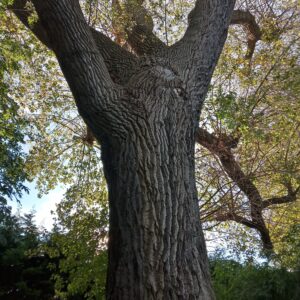 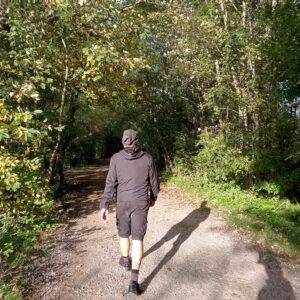 Before we applied for it, we needed to clarify whether my years in the UK counted as living in another EU country since Brexit. Common sense said they should. After all, UK was part of the EU for 25 out of the 26 I have lived there. But with Brexit, you never know.

Thankfully, the Finnish Immigration Office confirmed my London count as living in another EU country despite Brexit. A result, and a huge saving.

Another reason for our extended stay in London was renewing Justin’s driving licence. He needed to renew the picture on it and we thought it best to have it sent to an UK address. No need to complicate matters by trying to get it sent to Finland.

Once Justin had his licence and we knew which permit to apply for, we were finally free to head to Finland.

And what we got up to during our London stopover? Not much, really. We didn’t have the funds to get up to much.

We caught up with a couple of friends. Thank you Vivienne and Roy for lunch and Sue for dinner. I also managed to attend my friends’ leaving London drinks as they swapped Balham for Dorset. 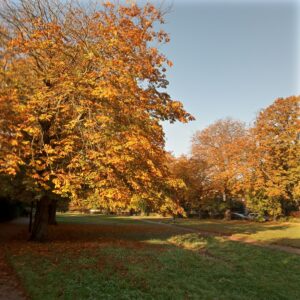 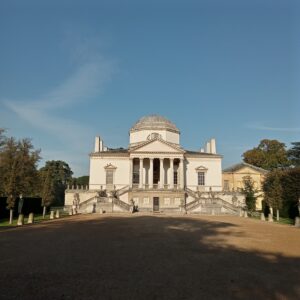 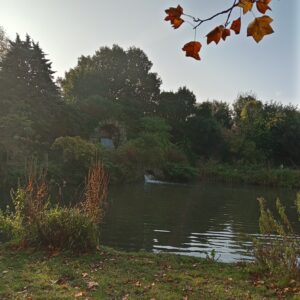 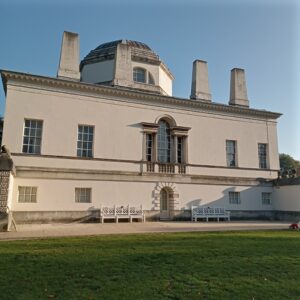 Other than that, we walked. A lot. Every morning, we went for a long walk. My favourite was the one to and around Chiswick House and Gardens. The 18th-century house was built between 1725 and 1738 and is beautiful, but it is the gardens we love the most.

Reading about Chiswick House and Gardens, I learnt they are the birthplace of the English Landscape Movement. When wondering around them, it is not surprising that they have influenced many designs including Blenheim Palace and Central Park in New York.

Our favourite spot was a bench next to a fountain. Most mornings we’d stop there to have a little meditative moment to the sound of water. 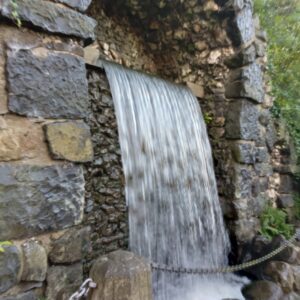 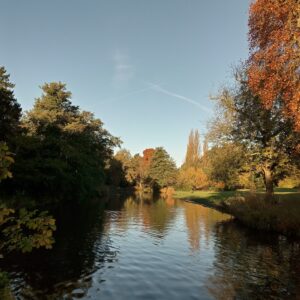 If you are around that neighbourhood, Chiswick House and Gardens are definitely worth a visit. Or if you are planning a trip to London now that we can travel more freely again, it is worth including a trip outside Central London to visit the house and gardens.

Another favourite was a walk over to the south side of the Thames, into Barnes and then back to the river past the London Wetland Centre. I hear that the centre is definitely worth visiting, but in all my years in London, I never visited it myself. It is now on my must visit list for when we are next in London.

It’s not cheap though with nearly £15 per adult with gift aid. After our ride, we didn’t have £30 spare on the tickets. But next time. Definitely. And the money goes to support the work they do, so it is money well spent.

You can even hit the two places in one visit to the area and combine it with a lovely walk along the river, over Barnes Bridge and to the Wetland Centre via Barnes village. A seriously lovely day out.

After the walks, it was back to Justin’s mum’s and sorting out all things related to the move. Later, I would get the laptop out and write while Justin would do jobs for his mum in the house and out in the garden.

Then, a mere three weeks later, our London stopover was, well, over. At last we were heading to Stansted and Finland. After the trouble we had arranging our onward journey from Torrevieja, we hoped for a smooth journey.

But there were more travelling woes in store. We can – sort of – laugh about it now, but then… Let’s just say I will never, ever fly with Ryanair again.

3 thoughts on “London Stopover – A Rather Long One”