Since the planning stages, we always wanted to stop in Copenhagen for a couple of nights and have a wonder about the city. We had heard so many great things about Copenhagen that we wished to explore it ourselves.

But, as so many times on our journey, things didn’t quite go as we had planned.

In fact, if there was one consistent with our ride, it was that things didn’t go to plan. However, we learnt to embrace those times and trust that things work out. Which day did, and often better than we could have imagined.

Our first two nights in Denmark were a case in point and another blessing in disguise, too.

From Malmö we took the Oresund Bridge to Copenhagen.

If you are crossing the bridge with your bike, you need to take the train. The tickets are quite expensive for such a short journey. When travelling with a bike you pay for one passenger and a child. The child ticket is for the bike.  In total, our tickets were just over €30.

It’s cheaper than driving, though. Currently  the cost is €54 for a car and €108 for a motorhome or a van. Guess they have to pay for the upkeep of the bridge somehow. And it is a pretty cool bridge to cross.

We arrived in Malmö around six, but by the time we had sorted out tickets and were ready to board it was already half seven. Having cycled 300 kilometers in three days, we were tired and all we wanted to do was to get to Copenhagen and check in to a nice but budget friendly hotel. 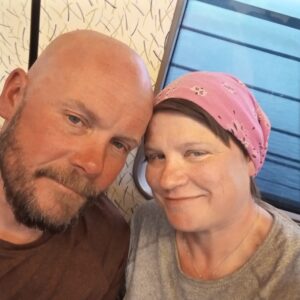 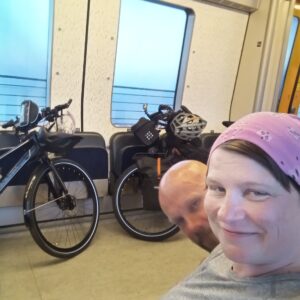 I blame tiredness for what happened next…

We wanted to find somewhere to stay in the centre of Copenhagen, so it would be easy to explore the city. While the train carried us across to Denmark, we searched for a budget hotel in Copenhagen and bingo, found Wittrup Motel. It is an American style motel built in the mid 50s with a lot of history.

We were delighted we had bagged a bargain. And excited to spend some time in Copenhagen. That’s until we got off the train and put the address of the motel on the navigator. You would think that since our map mishap from the early days in Finland, we would have learnt to check the map more carefully.

Our bargain accommodation turned out to be a mere 20 kilometer ride from the centre. Shite!

What to do? We tried canceling the booking, but couldn’t without losing 50% of what we had paid. We couldn’t afford that on our budget. So the only option was, tired as we were, to hop on the bikes and ride another 20 kilometers to the motel. And forget about exploring Copenhagen.

Luckily, Denmark is a great country for cycling and there was a cycle lane that took us out of the city and all the way to the motel in no time.

We were disappointed to pass through Copenhagen, but happy to reach our hotel and collapse in bed. And the next day, after a good night’s sleep, we realised it wasn’t a bad thing at all to be away from Copenhagen. 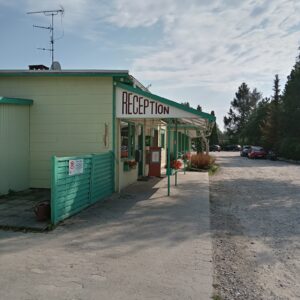 We needed a rest day after our speedy cycle through Sweden. Had we stayed in Copenhagen as planned, we wouldn’t have got the rest we needed. We would have been too busy sightseeing. Albertslund, where the motel was, offered little to distract us from resting.

The Wittrup Motel was also a great place to stop with bicycles, as we could lock the bikes outside our room. Easy and safe. It also made it easy to clean the bikes and carry out some maintenance.

Once the bikes had had some TLC, we set out to find a laundrette. We hadn’t washed our clothes properly since leaving Finland so our riding clothes were in desperate need of refreshing.

The motel had no washing machine, but the receptionist told us there was a laundrette about 15 minutes away. The shortest route cut through a housing estate where they kept chickens. Yes, chickens. They had a communal chicken coop at the estate the residents look after. How cool is that? 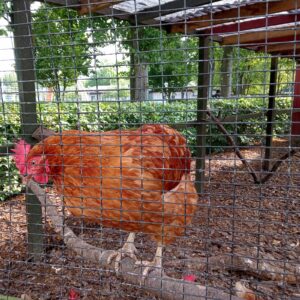 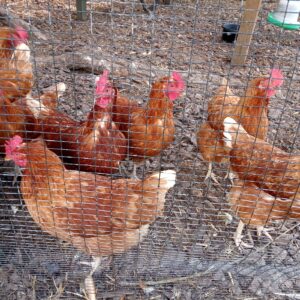 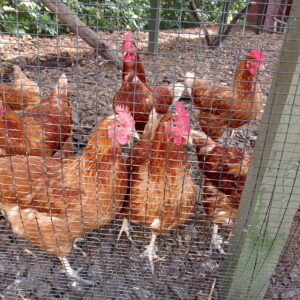 While I was filming the chickens, Justin spotted a laundrette on the ground floor of the block next to the coop. It wasn’t the one the receptionist had told us about but worth checking out as it would save us from walking further. However, it was for the residents only, and you needed a fob to use the machines.

We were about to go and find the other laundrette when a young woman, Maria, who was doing her washing stopped us.

She had heard us talking and offered to use her fob so we could wash and dry our clothes. She assured us it was no big deal, and we gratefully accepted her offer. While our washing was on, we walked over to a nearby food shop. We needed food for later and wanted to get her some chocolate to say thanks.

Although, had we realised how much she was spending on our washing, we would have got her more than chocolate. Especially as when we got back, she had already put the washing in the dryer for us.

We only worked out after she had finished her own washing and left to pick her son from the nursery how much she had spent. The washing and drying cost her €7. Another generous and kind person we had the pleasure of meeting on our journey.

We are so grateful to Maria for helping us out. Thanks to her, we had a lot more time to relax and do absolutely nothing. 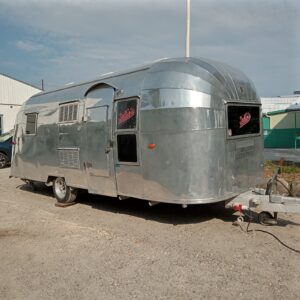 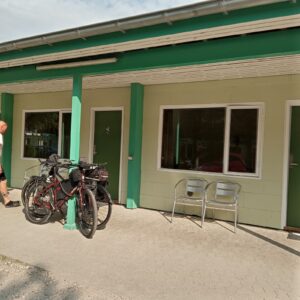 When you are on the move from dawn to dusk, it is pure luxury to do absolutely nothing. And we did nothing but eat and sleep.

We got so relaxed that we even contemplated staying for another night. Even when we were packing all our gear back on the bikes the next morning, we were still debating should we stay or should we go.

Of course we didn’t stay. It simply wasn’t within our budget. Nor within our time frame.

So after two great nights at Wittrup, we were back on the road with our sight set on Germany. We only had 150 kilometers to the ferry to Germany and a plan to get to the ferry port in a day…

But for consistency’s sake, the plan didn’t work out.

One thought on “The Oresund Bridge, An American Motel, Chickens and Another Friendly Stranger”