Our trip might be over, but the blog is still in Finland because it proved difficult to keep it up to date. Now that we have stopped riding, I have the time to catch up with the blog. I hope you enjoy reading about our journey across Europe on bikes retrospectively.

When we finally left Tampere behind after the little helmet mishap, it was already early afternoon.

Our plan to cover over 100 kilometres towards Helsinki scrapped, we cycled as far as we could before it was time to stop and set up camp.

We stopped at Hämeenlinna and found the perfect place for camping. It was next to a swimming place by a small lake and even had toilets we could use. I don’t mind using the bush, but a toilet is definitely better. 😁😅

When we look for a place to camp, there are some key criteria.

– Reasonably smooth ground. No fun sleeping with sticks and stones poking you in the back. Sharp objects can also damage your sleeping mat.

– Soft enough ground to stick the tent poles in.

– Not on a sloping ground.

– Preferably next to a lake, river or the sea so can have a wash. And a swim, too.

– Not too close to someone’s home or a cottage.

I might have mentioned it before, but it can be challenging to find places that fill all the above criteria. If we have to compromise, which happens, then not being near water is the one. However, when we stopped at Hämeenlinna, no compromises were needed. 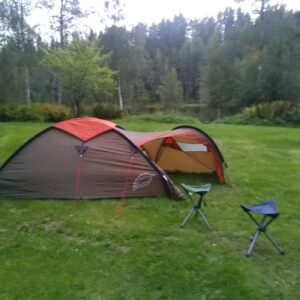 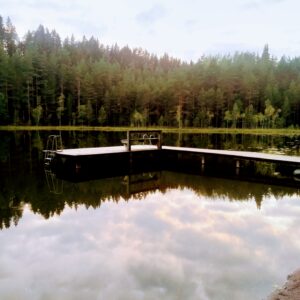 We spent a dry though rather cold night there before completing the last section of the Finnish leg of our journey.

Even though the daytime temperatures had improved a lot since the wet days and we could cycle in t-shirts again, night times were cold. A sure sign of approaching autumn and winter.

Because we had a longer distance to cover on the final leg, thanks to my forgetfulness, we didn’t get to Helsinki as early as we would have liked. But we have learnt that plans changing all the time and adapting to things are a part of bike touring.

When we arrived in Helsinki, my sister, her husband and my nephew were waiting for us. It was so wonderful to see them after such a long time. We last saw each other in February 2020 BFL (before first lockdown).

Since we weren’t actually staying in Helsinki, but journeying on to Barösund where they have a summer cottage, we took what we needed off the bikes, locked them up inside my sister’s workshop and got in the car.

How marvellous it was to travel in a car. And how effortless. And warm… and fast… and dry… and comfortable… 😂 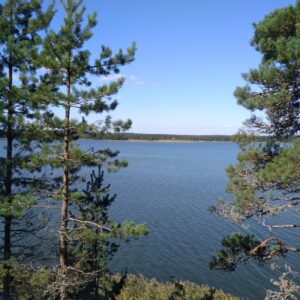 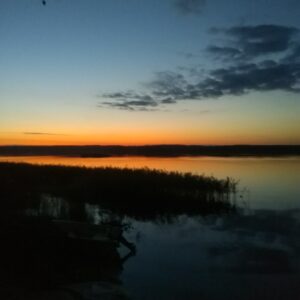 Views from the cottage

My sister and her husband rent a small summer cottage with electricity but no running water in Barösund. It is in a stunning location right by the sea about an hour’s drive from Helsinki.

When we arrived, the evening was already darkening. My sister heated the wooden sauna and cooked some dinner for us. After sauna and dinner, we were ready to hit the bed.

The wood sauna at their cottage is one of the best saunas I have ever had. And you might have realised by now know that I am a bit of a sauna connoisseur.

Some saunas are too hot or the air is too dry and you can only stay for 10-15 minutes. This is more common with saunas that have an electric kiuas. Wood-fired saunas generally have a softer heat and the air is more moist. Much better suited for longer sauna sessions.

My sister’s sauna is one of those. Seriously, time allowing, I could sit there for hours. But, somehow I managed to drag myself out of the sauna and into a bed.

The next morning dawned sunny again and after a fabulous breakfast – my sister is a wonderful host- we drove to a nearby town to get me a new phone. 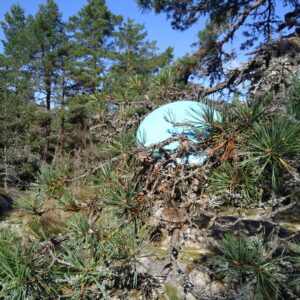 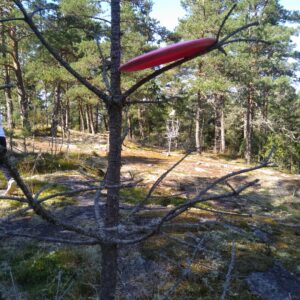 My old phone, nearly four years old so it had served me well, kept running out of battery and we couldn’t use it for navigating or post much on social media. Päivi wanted to sponsor our ride by covering the cost of the phone for the weeks that we were on the road.

Big thank you to Päivi for sponsoring us and making navigating our way across Europe hell of a lot easier.

Although, I think she wasn’t as concerned about our navigation abilities as she was about seeing more pictures. Which I tried to oblige with. If only it wasn’t such a challenge to keep all our electrical equipment charged up. But that is a topic for another post.

After a bit of shopping, we got back to the cottage and my nephew, Jooa, wanted a round of frisbee golf. He has made up his own frisbee golf course, so of course we had to oblige. 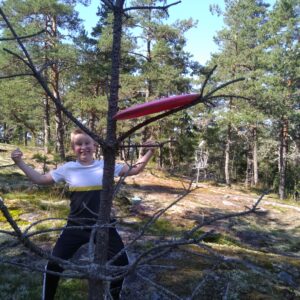 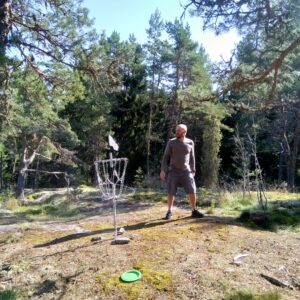 And of course the others found it hilarious.

It’s really impressive what he has done. He has one basket, but has designed a nine ‘hole’ course around the basket. He has even drawn pictures for each to show how to reach the basket and worked out the par for each. Pretty impressive work for a then eight-year-old.

I would love to say my frisbee golf skills are improving, but that would be a lie. I simply cannot aim the frisbee and most of the trees around Jooa’s golf course bear the marks of my poor aim. It’s still fun even if I suck at it.

My parents turned up later in the evening because it was my nephew’s birthday the following day. That evening, we had homemade pizza my sister cooked in their pizza oven and some cake to celebrate Jooa’s birthday. 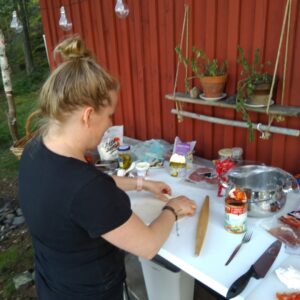 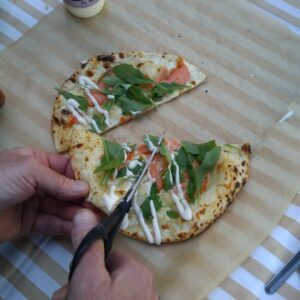 The pizza chef in action

And of course there was time for a couple more saunas, too. Couple because we had one in the afternoon and another one in the evening. Why just have one when you can have two­?

We also got the chance to try out paddle boarding. Justin was brave enough to stand up on his first go. It didn’t end well… And of course I nearly pissed myself laughing.

I took it easy when I first tried it and remained safely seated. Later, when the sea had calmed down, I tried a bit of yoga on it. Here’s the video I posted on Instagram. Makes my attempt to do yoga on the board look way better than it actually was. I literally managed just one down facing dog and even that was wobbly.

But I loved paddle boarding. Might have to ask Santa for my own board.

We had an amazing couple of days at my sister’s cottage, but that was all we had time for. With the 90-day time limit (again, f(&/%& Brexit), we needed to move on and catch a ferry to Sweden.

And that concludes the Finnish part of our ride. Stay tuned for more updates on how we got on in Sweden and mainland Europe.

3 thoughts on “Rest and Relaxation at Barösund”