If I could only use two words to describe our second week of cycling, they would be tough and wet. After an euphoric start, in week two the going got tough.

It has been such a different story this week when comparing it to the first week when we had plenty of fair weather. 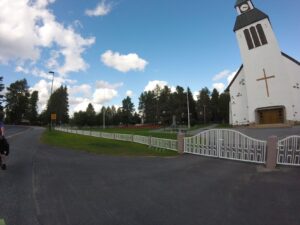 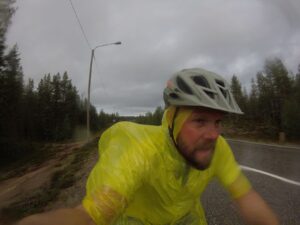 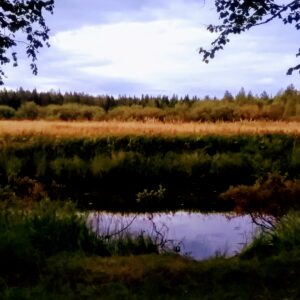 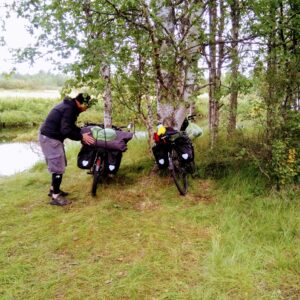 At the end of the first week, we stayed at a small, cheap and cheerful cottage next to the skiing resort Ruka. We had in mind that once we’d hung all our wet clothes (if you didn’t read the last post, we got soaked riding from Kemijärvi to Ruka), we’d have a wander around the resort, but we were too knackered to do anything like that.

Instead, we had some dinner, and went to bed early.

We didn’t have a wander the next day either, as we spent the morning sorting out our gear. Since day seven was the first time we had carried all our things with us, we realised some of our arrangements didn’t work.

Since then we have had a few more tweaks, but it’s a learning curve. You can watch videos and read articles by experienced bicycle tourers, but what works for one cyclist, doesn’t necessarily work for another. The only way to find out what works for you, is trying different ways.

At the end of day eight, we had our first camping ‘in the wild’ experience. From the cottage we rode about 30 kilometers to Kuusamo where we did some food shopping before heading out of town. About five kilometers south of Kuusamo, we found a perfect camping spot by a small stream.

In Finland we have a law called ‘Everyman’s Rights’. This means you can put your tent up in most places – within reason. You obviously need to respect people’s privacy and not set up camp too close to someone’s home or cottage or venture into private gardens – unless, of course, you have the landowner’s permission.

You can read more about the rights or Freedom to Roam here. 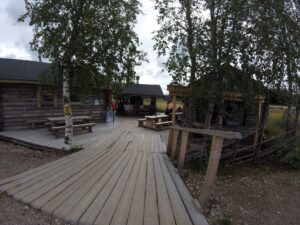 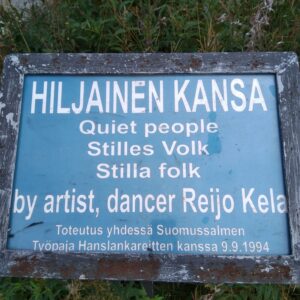 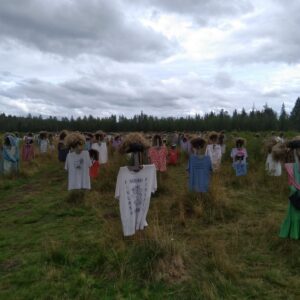 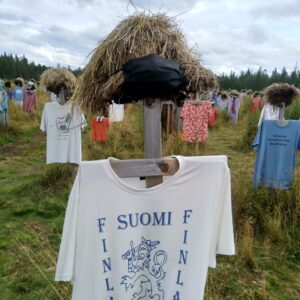 Coming across little unique place like this cafe and the art work have been such a welcome distraction from the seemingly endless hills and moody weather.

You might wonder why I have grouped these three days together. It is because they all had two things in common: climbing and rain. Even when it wasn’t raining, it looked like the heavens could open at any moment.

If we thought we’d leave most of the climbing behind after Lapland, we soon realised we were very, very wrong. The East of Finland is bloody hilly! Some climbs are even steeper and longer than those we encountered in Lapland.

Now, you might think that I should have known that. I didn’t because other than some family holidays when my siblings and I were young, I have spent little time in the east.

That’s why I was looking forward to cycling through the area almost more than Lapland where I have travelled more. And why the wet weather has been so disappointing. The hills we can deal with, especially as you get great views and downhills after climbing them. But it’s hard to enjoy the views when the sky is grey and it’s raining heavily.

Which is why Day 12 deserves its own mention. 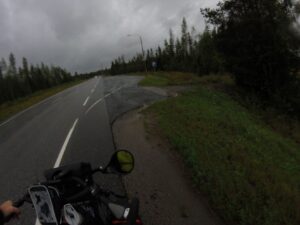 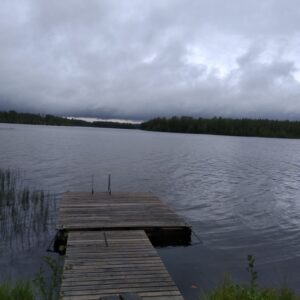 We planned to ride 130 kilometres on day twelve, but the rain put a stop to that. If we thought we had got wet on earlier days, it was nothing compared to day twelve.

When I thought it was impossible to get even wetter, we’d get caught in yet another torrential downpour. The rain seeped through all our clothing, so in the end even my underpants were wet.

Once we reached Kajaani, the town where we ended up staying in, we found a service station where we could get hot drinks to warm us up and use the toilets to change into dry clothes. Then we waited and waited until the rain paused for long enough for us to get to our lodging for the night.

We didn’t mean to stop in Kajaani, only to pass through, but had to change plans because of the rain. It wouldn’t have been safe to continue in the heavy rain when we were already tired, wet and getting cold. So we found ourselves a cheap and cheerful hotel that fits our budget.

But it hasn’t been just hard work and miserable weather. 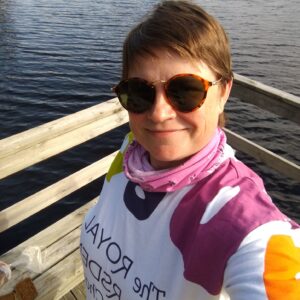 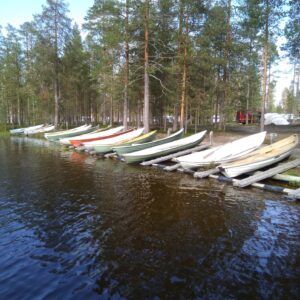 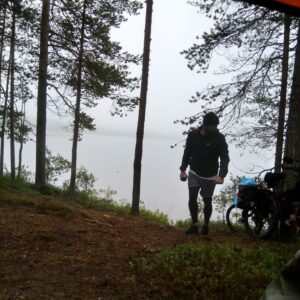 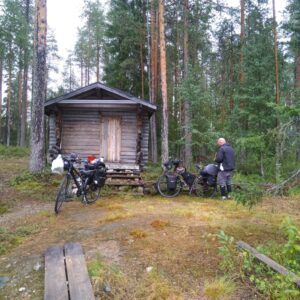 We have had some sunshine, too and found more great places to camp at.

The winning prize for a camp in the ‘wild’ has to go to the place we discovered at Suomussalmi. We found a beautiful spot right by a lake which was perfect for staying the night.

There was an old sauna which looked abandoned and a small kota. We tried the nearby cottages so we could ask about camping there, but the cottages were empty. Since it was already past six in the evening and we didn’t want to keep looking, we thought it would be ok to set up camp there.

We had the tent up and were just beginning to relax when a car pulled up and a woman got out, demanding to know who we were. Turned out the bit of land and the buildings were not so abandoned after all.

We thought, bollocks, we might have to pack everything up and try to find somewhere else.

But thankfully we didn’t. We explained who we were and our mission, and she was extremely friendly. She was more than happy to let us stay and even unlocked the kota so we could cook our dinner in there.

She invited us for a coffee next day, but because it was such a wet morning (another one!), we didn’t get on the road until close to midday and felt it was best to push on. We left our contact details on a leaflet with the kota key so hopefully she’ll be in touch as we’d like to repay her kindness with a coffee in Oulu (where she normally lives) one day.

A quick explanation for the benefit of non-Finnish readers.. A kota is a type of tipi. In Finland we have lots of variations of them and they often have a fireplace in the middle for cooking and heat.

Despite the miserable weather, we are still enjoying the journey. You have to take the rough with the smooth when doing something like this. Also, the tougher days make you appreciate the easy days more.

Coming up – lessons we have learnt after two weeks of bicycle touring and more posts on the road. Sign up for the newsletter and you get notified of new posts.

2 thoughts on “When the Going Got Tough – Week Two”