After our night on top of the hill, we continued our way to Barcelona and beyond. We had hopes of another 100 or more kilometre day, but hadn’t counted for the maze that awaited us on our way out of Barcelona. The next few days were frustrating with wrong turns and slow progress. 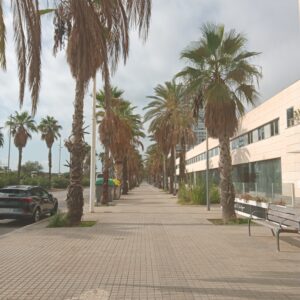 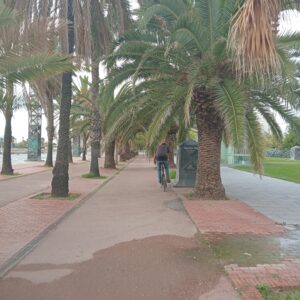 The early morning sun greeted us and from the top, we had the best views as the sun rose. We had finished our ride the night before with a long uphill ride to get to our camping spot and I might have complained about that. A lot.

However, it meant that we now got to start the day with a long downhill back to the seafront.

El Masnou was only 18 kilometres from Barcelona and we reached the city by mid-morning.

When we were planning the ride, Barcelona had been a must-stop place. The plan had been to stop there for a couple of nights and spend some time as a tourist there. That was before we realised how many things can happen to slow down your progress.

Reaching Barcelona, we stuck as close to the seafront as possible, because we didn’t want to get lost in the centre of the city. Even then, we spent ages finding our way out.

Just stick to the seafront. Should be simple, right? Well, no. Because the route took us away from the seafront. We were trying to follow the map and the cycle route signs and it was all a muddle. 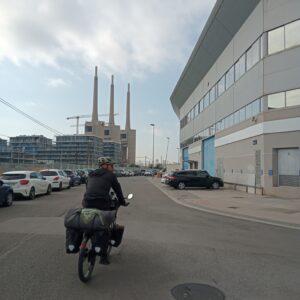 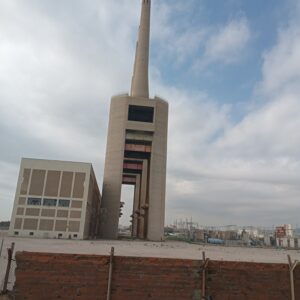 At one point, we even ended up on a motorway. Yes. Not much fun. We took what we thought was the correct turn at a round-a-bout, but clearly it wasn’t. Suddenly, our small, quiet road emerged with a motorway. Backtrack and quick.

And to those drivers that honked their horns at us. We bloody well knew we weren’t supposed to be there! You were stating the obvious with your horns.

Eventually, we found the right route out of the city and back to a cycle path. But not until we had spent valuable time looking for a way out. Next time we are hoping to avoid situations like this by upgrading our equipment, but I will come back to that in another post.

Because of the time we had spent trying to get out of Barcelona, we only made it to Sitges that day, 45 kilometres south of Barcelona. That is only 63 kilometres from El Masnou. 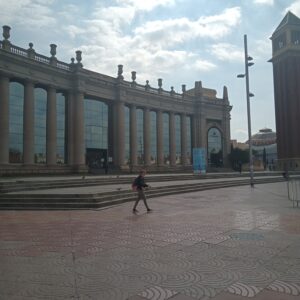 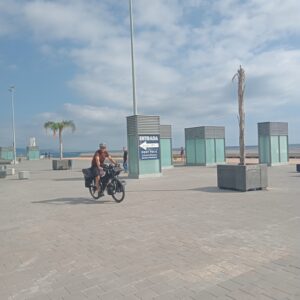 However, my watch recorded 80 kilometres, so we spent another 17 kilometres going this way, then the other, then backing up on the motorway.

Frustrating, but so it goes sometimes.

We stopped in Sitges for the night and despite our dwindling charges on phones and other equipment, camped in the “wild” again. We managed to get enough charge from our not-so-great solar panel charger to use the map again the next day.

Most important, even if sometimes the vocal directions were far from clear. And sometimes took you to a motorway…

After Sitges and the shorter-than-desired progress, we had high hopes of making up some distance. The sun was shining, and we even had some tailwind. Those who have been following the journey from the start know that a tailwind was a rarity. It wasn’t until Spain when we finally found the wind on our backs.

But we only rode 74 kilometres that day. The reason: one of the most painful days of the journey. And when I say painful, I don’t mean physically painful. Nobody got hurt. Not even the bike. 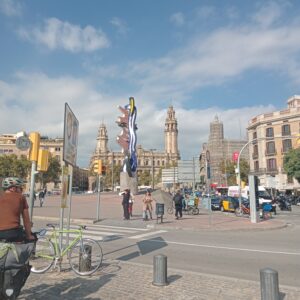 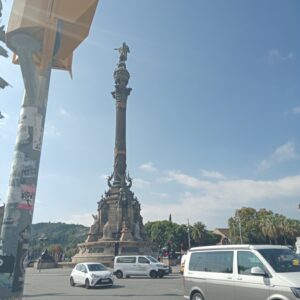 Although, I think Justin was ready to ditch his bike by the time he had to take the wheel off for the third time.

The first puncture happened when we had only been on the road for a short while. No big deal. We’d had punctures before and we had left early so still believed we’d reach a hundred after the disappointing progress the day before. 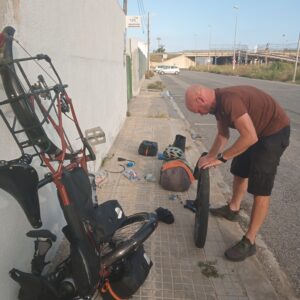 When he got his second puncture of the day, our smiles began to falter. But what else was there to do except to fix it again. Right in the middle of a depressing industrial site.

Could it at least have happened somewhere more pleasant like the beach where we would have had some nicer scenery?

Of course it didn’t happen by the sea, because it was clean there. The roadsides away from the seafront, however, were full of litter and broken glass. Considering the amount of debris, it was surprising we got away with as few punctures as we did.

The problem was that Justin had used his last patch with the last puncture and we had not passed any bike shops to refill yet. We carried some spare inner tyres, but his inner tyre had a puncture, too. A large one, which is why he hadn’t patched it up and had instead swapped it for a new one. 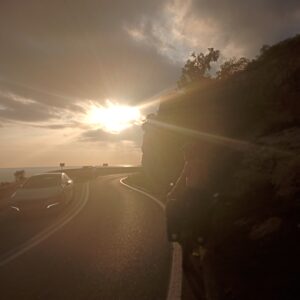 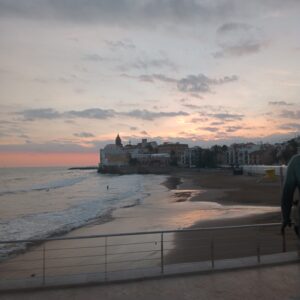 But being the creative brain he is, he made up a patch from his other inner tyre and off we went again.

His solution was good, but it was not perfect. The makeshift patch was letting air out slowly. But it held enough for us to make it to the next town where we found a bike shop and got more patches.

We then stopped for the third time and once more Justin had to take everything off his bike.

Third time was the charm and the patch held and we were good to continue. But not far as we had spent so much time fixing the punctures and looking for a bike shop that the evening was upon us.

We stopped in Calambris, where we were in for a wet night, even though rain was not forecast.

Before you go. Have you ordered the newsletter yet?